Twenty years ago this day, I was in Albuquerque, NM getting discharged after a little stint in the hospital. I was seriously ill but I had 6 weeks left to go in my pregnancy. The doctor felt I had stabilized enough to be able to go home with strict bed rest. My body had a different idea. Later that evening I was back at the hospital prepping for a c-section. At 7:27 PM Stephanie Ashley came into the world 6 weeks early…but with a powerful set of lungs! 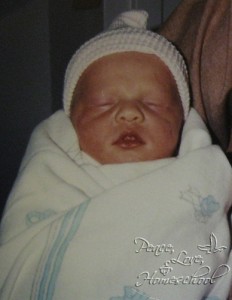 Stephanie….not even one hour hold! “Behold, children are a heritage from the Lord, The fruit of the womb is a reward.” Psalm 127:3 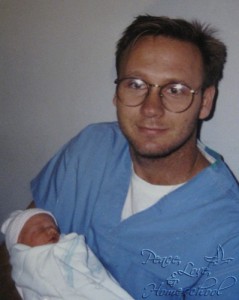 Today Stephanie has left her teen years behind her. She is over 700 miles away from her her family (having never been away before), in Garden Valley, Texas, working as an intern for Teen Mania Ministries. This is the same little girl who cried at the thought of getting married and having to leave her mommy and daddy when she was 6 years old!
Steffie has always had such a tender, sweet spirit about her. She asked Jesus into her heart when she was 3 years old, and then again at 11 years old when she really seemed to “own it”. Now she is learning how to be a strong, confident young woman for the Lord and we are so very proud of her. 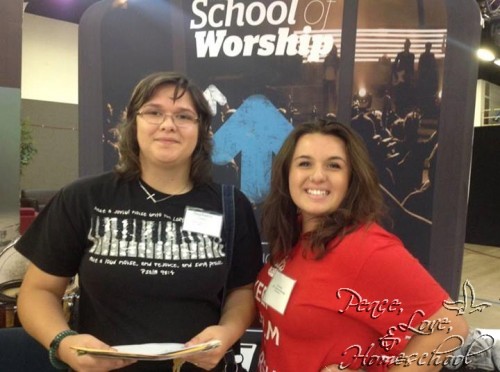 First day of Honor Academy. Meeting people who are in the School of Worship at registration. This is the school she tried out for and made it in…one of the main reasons for going to the Honor Academy.

Stephanie was in the youth group at Cumberland Worship Center for several years. They took her to a teen event called Acquire the Fire (ATF). It is a powerful youth conference challenging teenagers to walk deeper with Jesus Christ. “ATF has created a unique environment that brings lasting life change through compelling dramas, anointed worship, exciting Christian bands, and powerful teaching and preaching.”

Ever since her first visit to ATF she knew she was called to be a part of it. She went again the next year and it was confirmed to her that ATF is what she was supposed to do.

A few years later the time came for her to start making a plan for the future. After getting caught up in dealing with ACT scores, and which college to choose, she started to get overwhelmed. She began to press in through prayer, really seeking the Lord in her decision making, and the Holy Spirit quickly reminded her about ATF.

Teen Mania Ministries is one of the largest Christian youth ministry organizations in the United States and is headquartered in Garden Valley, Texas. It includes: Acquire The Fire, Global Expeditions (Missions), Honor Academy, School of Worship, CCM Studio, and Extreme Camps. Stephanie called them up and found they just happened to be having a Campus Preview Weekend coming up for the Honor Academy. They offered to pay for her plane ticket so she could attend for the weekend. 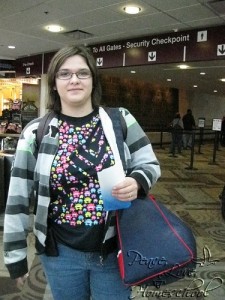 So we dropped her off at the airport, to fly 700 miles away, so she could attend Campus Preview Weekend at the Honor Academy.

She came home from the weekend completely on fire and ready to start her new life in Texas at the Honor Academy. Before we knew it, the whole thing had exploded! We were frantically trying get together everything she needed to begin the fall semester at Honor Academy. After a few short months, and a whirlwind road trip, we found ourselves dropping her off in Texas so she could begin her new adventure….driving away with one less person from our family in the car… 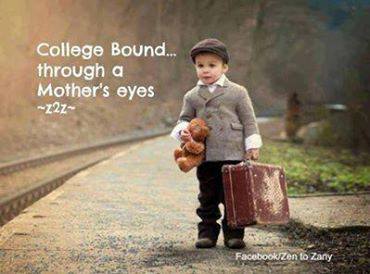 Here we are 34 days later. She has survived Guantlet and now Orange Block. (Deadlines in which she could have been sent home had she not met the requirements set fourth during this time.) She is currently experiencing something called “The Anvil”:

The ANVIL is a new Life Transforming Event (LTE) where interns will compete as teams in different competitions. Each night, the teams will join as an entire campus and have different celebrations. ANVIL stands for Amazing Non-Stop Victorious Invincible Legendary.

She will undergo 4 of these LTE’s throughout the year. One of them will be hiking in the Colorado Rockies! She will also have to go on a missions trip in order to graduate.

Steffie was upset to think about spending her 20th birthday away from her family. What she didn’t realize would happen is she would be forming a “core family” with the young men and women she has been grouped together with. They threw her a birthday party last weekend and today they made her birthday pancakes! After all this I don’t think she gave not being home for her 20th birthday a second thought. She sounded like she was having the time of her life when I talked to her! 🙂

To our dearest, precious Stephanie…we are so proud of you for stepping out of your comfort zone and sticking with this even though it has been so hard! Dad says you’ve learned the secret of the Navy Seals: “The only easy day was yesterday!” You already sound like a changed person after only 34 days away. Dad and I can’t wait to see the work God will be doing in you over the year! It’s so exciting to think about! As a wise old cyborg once said, “You have the makings of greatness in ya!” Happy Birthday to you and Happy Talk Like A Pirate Day too! Aarrrrr!

Since you weren’t home this year to go over your birth story and reminisce about your life I thought I’d bring a couple of slide shows to you!

Slide shows of Stephanie: Hover your mouse over the picture in order to read the info.Click on the pic to see the full version of it, then use the arrows to look at them all. 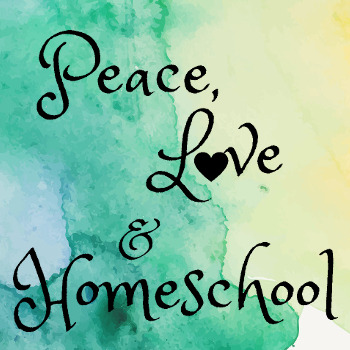 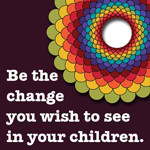